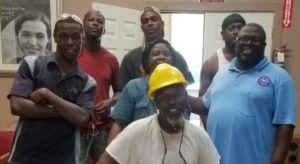 On June 28, workers at Chemtrade Solutions in Odem, Texas, voted unanimously to join the International Chemical Workers Union Council (ICWUC) of the UFCW. The workers wanted better wages, a safer work environment and a voice in their workplace. Chemtrade Solutions is a supplier of water treatment chemicals for municipalities. This is the second election the ICWUC has won unanimously in the last ten months since the DuBois Chemicals victory.

“The ICWUC organizing department is an organizing machine, and we’re working hard to make the lives of our members and soon to be members better,” said ICWUC President Frank Cyphers. “We welcome the Chemtrade Solutions workers to our union family.”