In the last glimpse at job growth before tomorrow’s election, the numbers showed a modest increase in the month of October, with the unemployment rate now at 7.8 percent. On Friday, The Labor Department reported that 171,000 jobs were added, in a wide variety of career fields. These latest statistics mean that during President Obama’s four years in office, there has been a net gain in jobs.

If this isn’t enough proof for conservative officials who claimed that September’s statistics, that showed the unemployment rate had fallen below 8% for the first time since since the President took office, were a fluke- then we don’t know what is.  It’s evident now more than ever that our president is a job creator.  The recovery process is slow, and there is still much to be done- like increasing stagnant wages and providing more full time work- but the choice is clear. Go out tomorrow and vote for the working class. 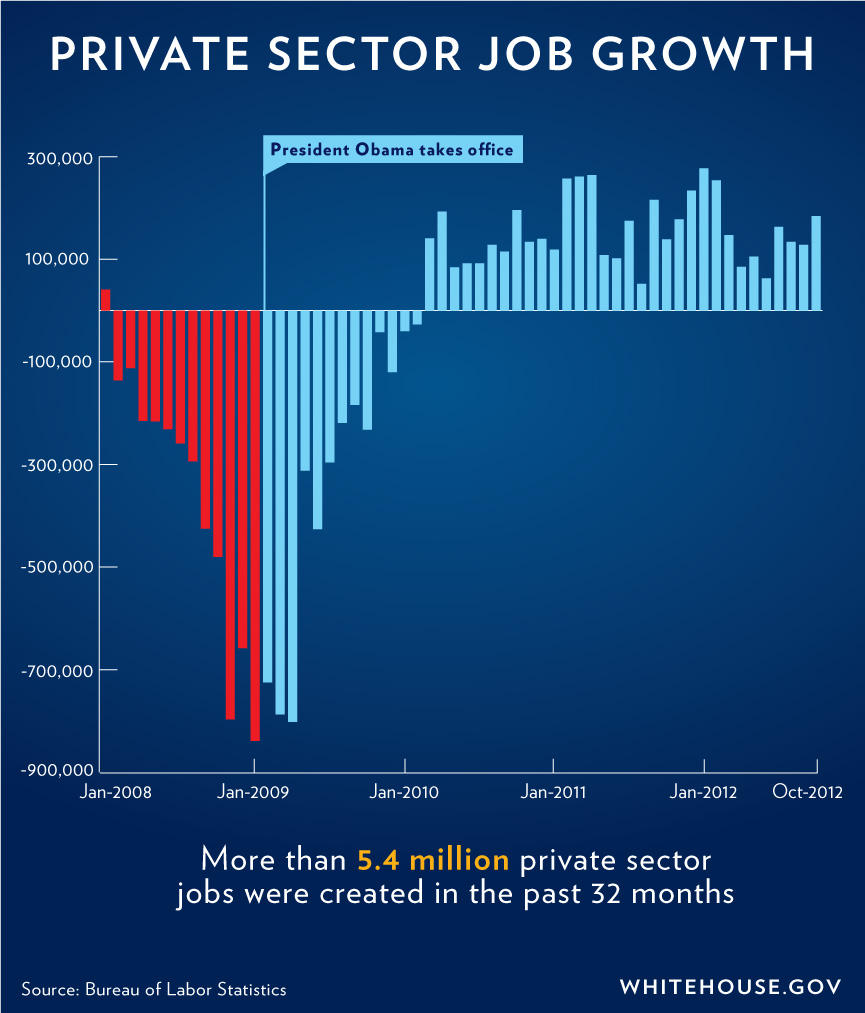