UFCW Constituency Groups Hold Summit to Strategize for the Future 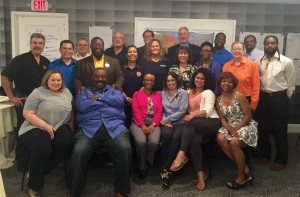 On May 11-13, all four of the UFCW constituency groups held a summit to lay out goals and strategize new organizational plans for the next few years. More than 20 members attended the summit to represent the different groups which include the UFCW Women’s Network, United Latinos, UFCW Minority Coalition, and UFCW OUTreach.

During the summit, members worked together to identify ways the constituency groups can help the UFCW grow along with recommitting to support locals unions by assisting in organizing campaigns, mentoring workers, and helping to amplify the voices of minorities and women in the workplace. Members also came together to create a civil rights agenda to better serve UFCW members. Another priority from the summit was for the constituency groups to strive to have a more geographically diverse board leadership with a focus in the South.

-Playing an active role leading up to, and during, the 2016 election and supporting “Get Out the Vote” efforts

The constituency groups left the summit as a united force ready to empower their group members and serve as a resource for all UFCW members.

Kathy Finn from UFCW Local 770 attended the summit on behalf of the UFCW Women’s Network.

Pete Maturino is from UFCW Local 5 and is the president of the United Latinos.

“For me, the highlight of the constituency group summit was that the four constituency groups were able to come together and come up with a unified agenda that highlights the valuable role that these constituency groups play in our union. During the summit, I was surprised to learn from the UFCW political department about the lack of voting among UFCW members in the 17-35 age range. 2016 will be a very important year in politics and we came together to map out a plan on what we can do this election cycle,” said Maturino.

Tonya McCoy has been a part of UFCW Local 75 for more than 20 years and attended the summit as a member of the UFCW Minority Coalition.

“I’m excited that all four constituency groups came together to create a robust civil rights agenda and committed to promoting diversity within the UFCW. Following the summit, I was excited to come back to my local and inspire members to take an active role in our union. The constituency groups are a vital part of the UFCW because they are another tool that will help the UFCW to grow,” McCoy said.

Laura Kelley is an organizer for UFCW Local 655 and is the Vice Chair for UFCW OUTreach.

“It was a “think tank” of brilliant minds for one common goal, making the UFCW the best, most diverse, and powerful union possible! The in-depth discussions, ideas, and open dialogue were very interesting, and everyone who attended added to the dynamic of the energy of the summit. It was a great opportunity to share our needs and set expectations for the future of our great union. Working together as one group instead of four individual groups will  help push the agenda of becoming an all-inclusive union. Politically, our members and our communities can be a powerful force, and we talked about how to build coalitions around our issues and educate voters for the 2016 elections,” Kelley said. 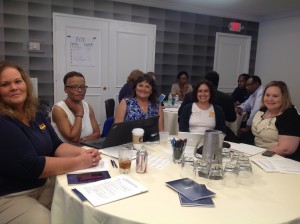 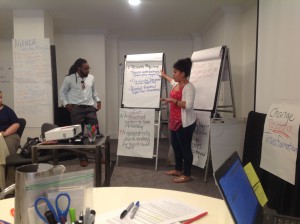 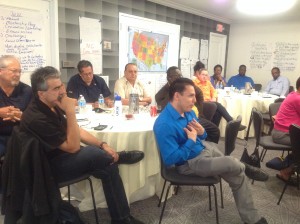