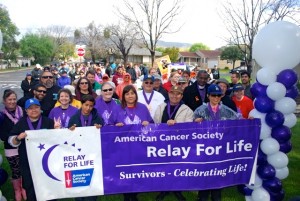 On March 9, UFCW Local 1428, in partnership with the American Cancer Society, hosted the first annual Labor United Against Cancer Run/Walk and Wellness Fair in San Dimas, California. Over 175 people attended the event to stand united in the fight against cancer, including members of the community, and labor and elected officials. In addition to Local 1428, members of UNAC, USW, Teamsters 396, Teamsters 630, Laborers 300, HERE 11, IUPAT DC36, Firefighters Local 1014, and SEIU 2015 were there to support a worthy cause.

“When labor unites, labor wins and with this event we are showing that labor is united in the fight to defeat cancer,” said UFCW Local 1428 President Mark Ramos.