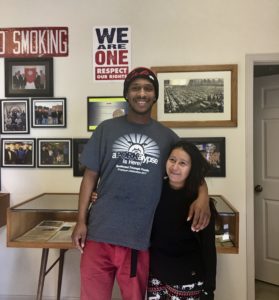 Because the UFCW represents other Seaboard plants in Oklahoma and Missouri and has established good labor-management relations, we were able to work out an election agreement with the company, which included card check recognition. Staff from Region 6 and our FPPM Division were able to sign up a majority of the workforce in two and a half days.

“I would like to recognize UFCW Local 2 President Martin Rosas for his assistance in helping us organize this plant,” said Tish Ramirez, director of Region 6. “Because of his working relationship with the company, we were able to reach an agreement that led to a voice at work for working men and women at Seaboard Triumph. The efforts of Local 222, Region 6 and the FPPM Division collectively continue to grow and build a stronger UFCW.”