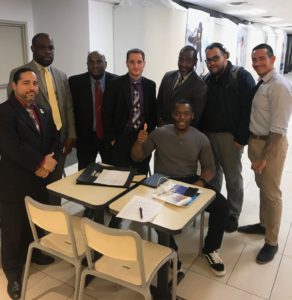 Bob’s Discount Furniture workers in Brooklyn joined UFCW Local 888 for a voice in the workplace.

“The election at Bob’s Brooklyn proved, once again, that when workers unite, they can achieve their goals despite strong employer opposition,” said UFCW Local 888 President Max Bruny. “This was our second attempt at organizing this location and kudos to our organizing team for not giving up. The key to our success has been our ability to leverage the power of our organized members at the other six locations in New York. Our Bob’s Discount Furniture members are getting involved because they understand that increased union membership directly translates into increased bargaining power.”

The 148 workers at the Century 21 store in Yonkers were also concerned about having a voice in the workplace, and wanted the same security and benefits as their over 2,000 organized brothers and sisters in New York City and New Jersey.