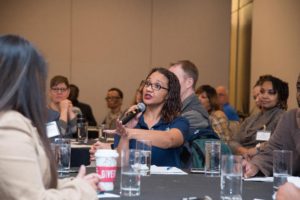 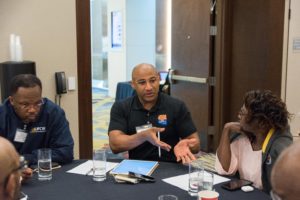 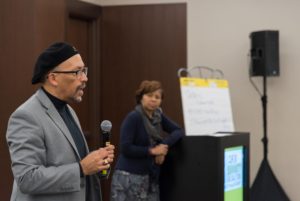 The educational conference took place on Nov. 17, and featured a workshop on Right to Work, as well as a conversation about the current political climate and the future of the labor movement. Facilitators Tiffany Loftin, senior program specialist in community with the NEA, and Jamal Watkins, national outreach director of campaigns with the AFL-CIO, presented the Right to Work session. This session highlighted the roots of this policy, as well as the racial divisions among working people and the impact that Right to Work legislation has had on working communities for 70-plus years. This session also outlined ways to frame messaging when addressing the issue of Right to Work.

The conference also featured Bill Fletcher, Jr., an activist, syndicated columnist and regular media commentator on television, radio and the web, who led a conversation about the tumultuous state of our current political climate as it relates to the future of the labor movement. This engaging conversation brought to the forefront the difficulties working people face in the time of Trump and right-wing populism.

On the evening of Nov. 18, the UFCW Minority Coalition hosted its 19th Annual Awards Gala and Fundraiser. The gala honored individuals who champion diversity and equality among men and women in the labor movement, as well as special humanitarians who are committed to the fight against sickle cell disease.