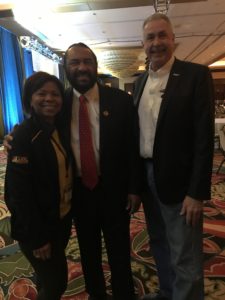 The UFCW’s Civil Rights and Community Action Department (CRCA), along with UFCW Locals 455 and 540, played a significant role in shaping the agenda of the AFL-CIO’s 2018 MLK Conference, which took place on Jan. 12 to 15 in Houston.

“We’ve seen people rise up in new ways against corporate greed, poverty wages, racial injustice, illegal travel bans, bathroom bills and attacks on our free press,” Williams said. “These uprisings are happening all over the nation. They relate to our lives both at work and in our communities. But is all of this enough to reclaim the dream that Dr. King and countless others fought and died for? We must strategize, organize and mobilize. It is then and only then that we can say we have done our part to reclaim the dream.”

International Vice President and Director of Region 5 Milton Jones, International Vice President and President of UFCW Local 455 William Hopkins, and members and representatives from UFCW Locals 455 and 540 also attended the conference. The conference featured a day of service in honor of Dr. King’s birthday, and UFCW Local 455 coordinated with local Kroger stores to provide the over 800 conference participants with lunch boxes, which were delivered by members UFCW Locals 455 and 540 to the various volunteer sites, including the Hudson Food Bank, Buckner Family Hope Center and Bethel Church. 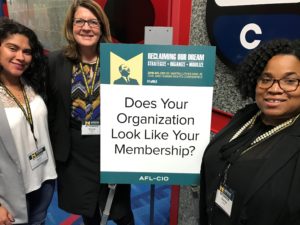 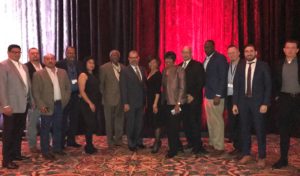