A Better Contract for Local 367 Macy’s Workers in Washington 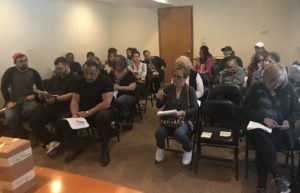 Members of UFCW Local 367 who work at Macy’s Full-Line and Furniture Gallery in Tacoma, Wash., ratified a new contract on May 1 that raises wages. The contract was ratified by an overwhelming margin (99 percent) and over 80 percent of the Macy’s workers turned out to vote.

The two-year contract was unanimously recommended for ratification by the bargaining committee, which played a crucial role in mobilizing their coworkers. In addition to wage increases, the new agreement provides significant improvements for a majority of the Macy’s associates. Part-time and flex-time members will also have a shorter time period to earn their wage increases by transitioning from an hourly-based progression to a yearly progression, among many other gains. This contract is part of the UFCW’s united coast-to-coast effort to ensure every member receives the good pay and benefits they have earned and are able to build a better life for themselves and their families.

“I have been a part of the bargaining committee for the last four contracts and, for the first time, I felt like I was part of a winning team,” said Terri Warren-Cavillo, who served on the bargaining committee. “Everyone involved was there for the good of the cause and everyone had a voice and used it. If I had to do it all again, it would be with these same people at my side.”