UFCW International President Marc Perrone issued a statement on March 1 in response to news that Amazon will be launching a new grocery chain.

“Amazon isn’t about providing better food or customer service, and it certainly is not about fair competition. Launching this grocery chain is an aggressive expansion of Amazon’s market power as it seeks to fundamentally change our country’s food retail and service economy while eliminating as many retail workers as possible.

“It is time that Republicans and Democrats realize that Amazon’s predatory business model is wrong for this nation and will needlessly destroy millions of jobs in every state in this country. Our leaders need to stop fawning over Jeff Bezos’ wealth and wake up to the serious threat Amazon’s business model poses to consumers, the economy, and our society.”

On Feb. 14, UFCW International President Marc Perrone released a statement in response to Amazon’s decision to withdraw its plan to establish a new campus in New York City.

“Amazon showed its true colors today and every American should be outraged. Jeff Bezos had the opportunity to listen to the voices of working families and support the good-paying jobs New Yorkers deserve.

“But now we can see this is all about blind greed and Jeff Bezos’ belief that everyday taxpayers should foot the bill for their new headquarters even as the company actively works to eliminate millions of American retail jobs.

“No company that refuses to invest in hard-working men and women should be allowed to stuff their pockets with taxpayer-funded subsidies. Make no mistake, this fight has only begun.” 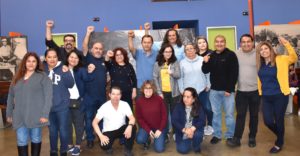 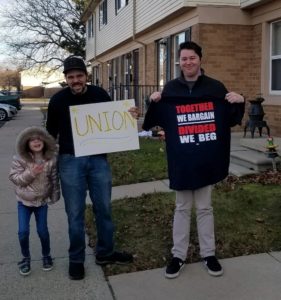 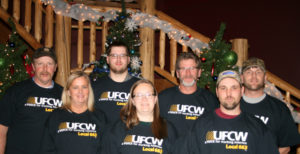 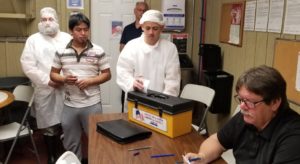 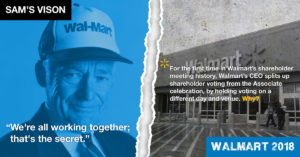 Last week, Making Change at Walmart (MCAW) criticized the retail giant for its attempt to silence a majority of Walmart workers’ voices by splitting the formal shareholders meeting from the annual associate celebration so that the two events took place on different dates and at different locations.

Walmart’s decision to switch the date and location for the formal shareholders meeting is a major departure from the company’s previous shareholder meetings. Traditionally, Walmart’s formal business meeting, which includes discussing and voting on shareholder proposals, has always been conducted during the main associate celebration inside the Bud Walton Arena in Fayetteville, Arkansas, with over 20,000 Walmart and Sam’s Club workers in attendance, as well as Walmart executives and shareholders.

During last year’s shareholders meeting, two Walmart workers spoke as proxies during the formal business portion, touching on low wages and poor benefits, and were received with cheers from the crowd of Walmart and Sam’s Club workers in the Bud Walton Arena. MCAW’s communications director also spoke on behalf of the Teamsters union, advocating its proposal for an independently elected board member.

This year, however, formal business took place in the smaller John Q. Hammons Center in Rogers, Arkansas, on May 30 which resulted in a smaller, more controlled audience and excluded thousands of Walmart workers from the meeting that included comments on the company’s low wages, inconsistent and unfair scheduling, and insufficient benefits. The annual associate celebration took place at the Bud Walton Arena on June 1.

“For the first time in Walmart shareholder meeting history, Walmart’s top 1 percent has changed the rules to exclude Walmart workers from being present during business discussions on wages and other proposals that affect them on a daily basis, further silencing the voice of its workers,” said MCAW director Randy Parraz. 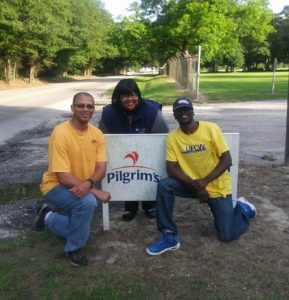