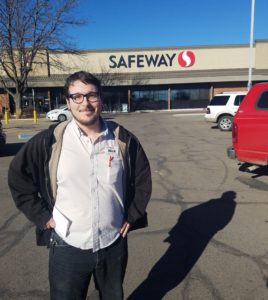 Safeway pharmacy technicians in Loveland, Colo., who are members of UFCW Local 7, ratified their first union contract in June.

The three-year contract includes a health care plan that provides much better coverage than the company’s plan at a fraction of the cost, and wage increases. In addition, these workers will now have a grievance procedure, a defined pension plan, and all pharmacy technicians will have the opportunity to reach the certified pharmacy technician level and pay. With this new contract, the Safeway store in Loveland is now wall to wall union.

UFCW Sends Letter to Whole Foods Board of Directors

On August 23, UFCW International President Marc Perrone sent a letter  to Whole Foods CEO John Mackey and the entire Whole Foods Board of Directors, calling on them to take specific steps to protect the jobs, wages, and benefits of employees who may be negatively impacted by Amazon’s acquisition of the company. Amazon’s $13.7 billion purchase of Whole Foods was finalized on Monday, August 28.

“Realistically, we expect shareholders to approve of your company’s merger with Amazon. Our union family’s only hope is that you will consider the well-being of every employee who works inside your stores. These hard-working men and women are not numbers on a balance sheet; rather, they have families to support and lives to build. They may not matter much to you or Amazon, but they matter to us.”

Perrone also made clear the risks for Whole Foods if they fail to do what is right:

“The question now is whether shareholders and the Board of Whole Foods will consider the loss of Whole Foods jobs and the brand impact once customers realize Amazon has sacrificed these workers – the very people who made Whole Foods stores so successful.”

You can read the entire letter here. 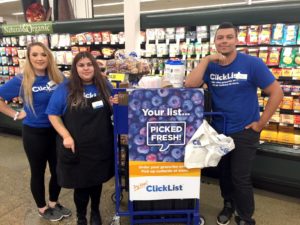 The six new UFCW Local 21 members fulfill the online orders for QFC, and load and deliver the groceries. They joined UFCW Local 21 because they were concerned about shift protections. A union contract means they can’t be sent home if Clicklist work is slow, and they will be able to help out in other areas of the store. 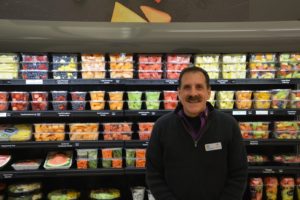 Al Garnett, a UFCW Local 328 shop steward who works as a produce manager at Stop & Shop in Harwich, Mass., was awarded the 2017 Retail Produce Manager Award from the United Fresh Produce Association on March 6. This prestigious award is granted each year to 25 of the industry’s top retail produce managers from across the country and Canada.

This program, which is co-sponsored by Dole Food Co., recognizes top retail produce managers for their commitment to fresh produce, innovative merchandising, increased sales and consumption of fresh fruits and vegetables, community service, and customer satisfaction.

Garnett began his career over 25 years ago and has been a UFCW Local 328 shop steward for most of that time. In Harwich, Garnett is a recognizable face and enjoys building lasting relationships with both customers and coworkers. As a shop steward, he has taken a proud role in educating his coworkers about the importance of the union and making sure that the contract is enforced.

The award winners will be honored at the United Fresh 2017 Expo in Chicago in June. You can learn more about Garnett and what this award means to him here.