UFCW Gets Out the Vote Across the Country

In the 2016 election cycle, UFCW lost-timers contacted more than 400,000 voters. In the final week, more than 1,000 members of our union family volunteered their time in the field to help get out the vote.

Click through the photos below to see our union family in action. 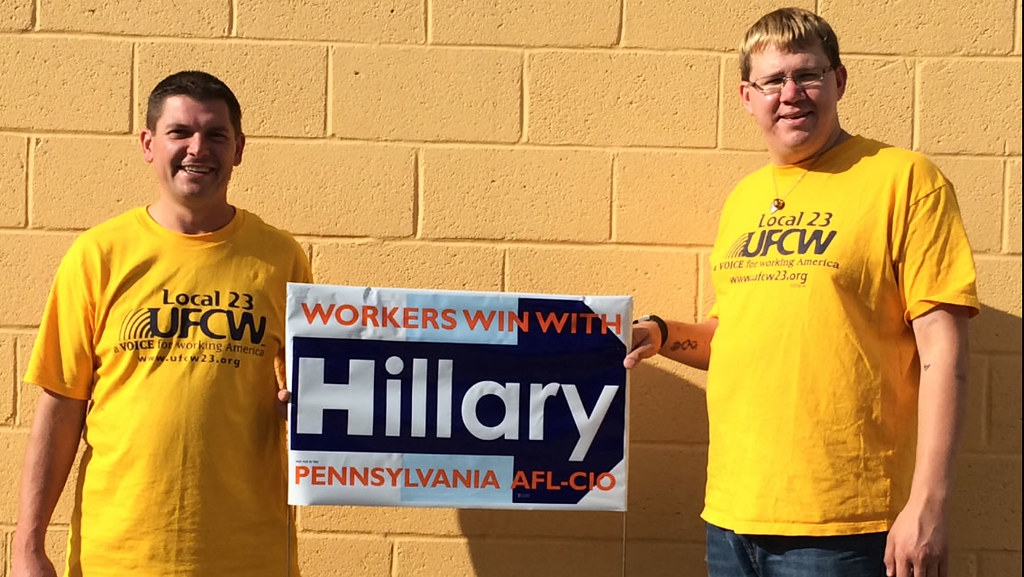 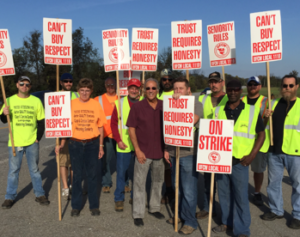 A rapidly changing, knowledge-based economy is influencing the way U.S. workers are looking at training and job security, according to a new report from the Pew Research Center.

The report, titled The State of American Jobs, shows that occupations requiring skills and education has increased by 68 percent since 1980. American workers are well aware of shifting economic trends, and believe they will need continuous training to keep pace with a rise in jobs requiring social and analytical skills. According to the report, about 63 percent of Americans believe they have less job security than they did decades ago due to several factors, including an increased outsourcing of jobs and imports of foreign products; an increased use of temporary or contract workers; and the decline of union membership.

The report was conducted in association with the Markle Foundation, and was based on a national survey conducted among 5,006 U.S. adults between May 25 and June 29, 2016. A full copy of the report can be found here.

Last week, the U.S. Census Bureau released a report showing that incomes increased for middle- and low-income families in 2015—the biggest increase in decades since the agency began tracking this measure in 1968. According to the report, real median household income was $56,500 in 2015, up from $53,700 in 2014, an increase of 5.2 percent.

The increases were seen in households on all ends of the economic spectrum, but the biggest raises were for families led by those in the 35 to 44 age range. While this is good news for workers in cities that saw an income increase of 7.3 percent, median incomes did not grow significantly in rural areas. In addition, the South had weaker income growth than the West. 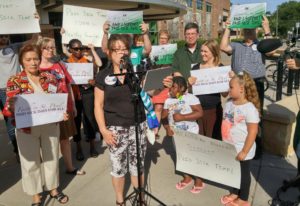 On September 7, the St. Paul City Council passed the Earned Sick and Safe Time Ordinance by a vote of 7-0, joining Minneapolis and dozens of other cities nationwide that mandate earned sick leave. Members of UFCW Local 1189 played a big role in the passage of this legislation.

Hundreds of UFCW Local 770 members at Farmer John packinghouse in Vernon, California this week used their collective voice to ensure respect for their rights on the job and preserve the protections that being part of union family provides, such as improved safety enforcement.

The men and women at Farmer John work hard to produce bacon, sausage, ham, and hot dogs, including the famous “Dodger Dog”, among other pork products. Their expertise and dedication is a driving force behind the success of Hormel Foods, which Farmer John is a subsidiary of. 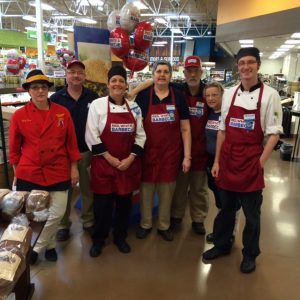 On July 1, Kroger workers who are members of UFCW Local 1995 ratified a new contract. The contract covers 12,000 Kroger workers in middle and east Tennessee, north Alabama, and south Kentucky.

“The Local 1995 Bargaining Committee and staff did a great job in understanding our members’ needs and effectively communicating those to Kroger,” said UFCW Local 1995 President Gregory Stallings. “Therefore, we were able to reach a Memorandum of Agreement with the company and complete the ratification process prior to July 4th.” A 2013 Georgia law that negatively impacted workers all across the Peach State was tossed out by a Judge this week for contradicting federal labor laws.

Specifically, the legislation allowed union members to cancel their membership at any time, rather than waiting the usual one-year period. This means that corporations were made to be more powerful as they would be able to easily intimidate workers into leaving their union early. By overturning this law, it will be easier for hard-working families in Georgia to negotiate for better working conditions and wages. Ultimately, more people and communities will now be able to enjoy the financial stability and higher standard of living that comes with being a part of a union.

UFCW Local 1996, which helped to lead the lawsuit, celebrated the good news. “They spent precious legislative time and money in 2013 going after the working families that make our state great,” said UFCW Local 1996 President Steve Lomax of the leaders who pushed for the legislation. “Tens of thousands of taxpayer-funded dollars for a long legal fight gained nothing for Georgia citizens.”

On June 28, workers at Chemtrade Solutions in Odem, Texas, voted unanimously to join the International Chemical Workers Union Council (ICWUC) of the UFCW. The workers wanted better wages, a safer work environment and a voice in their workplace. Chemtrade Solutions is a supplier of water treatment chemicals for municipalities. This is the second election the ICWUC has won unanimously in the last ten months since the DuBois Chemicals victory.

“The ICWUC organizing department is an organizing machine, and we’re working hard to make the lives of our members and soon to be members better,” said ICWUC President Frank Cyphers. “We welcome the Chemtrade Solutions workers to our union family.”

Members of Congress Join UFCW to Stamp Out Hunger

Last week, members of Congress from across the country, together with members of the UFCW, joined together to help launch the National Association of Letter Carriers’ “Stamp Out Hunger” food drive.

“Stamp Out Hunger,” the largest single-day food drive, invited Americans to leave food by their mailboxes on Saturday, May 14 for collection by their neighborhood letter carriers for delivery to local food pantries.

UFCW Locals from all across the country also hosted their own events, making this year’s food drive one of the biggest and best that anyone had ever seen.

UFCW members see the effects of hunger in America every single day. Every time someone has to turn back and put something away in one of our checkout lines because they don’t have enough money, we feel for them. For millions of families, this year’s food drive was a small, but important, step towards fixing that problem.