Are you registered yet? If not, what are you waiting for?

On the National Voter Registration day site, can you also find a registration event- just type in your zip code, and select the distance you are willing to travel.  A list of locations becomes instantly available for you, complete with all the details you need, including the time of the event and contact information.

For residents of many states, you can register right from your computer! Just click the “Register to Vote” tab, and fill in your information as the site takes you step by step through this super easy process.

If you’re already registered, there’s more you can do! Go to http://nationalvoterregistrationday.org/ and click on the “Promote” tab.  There, you will find a variety of neat ways to tell other people to register.  You can either change your profile picture and status on Facebook with a National Voter Registration Day logo, send an e-mail, Tweet about it (you can even tweet to your favorite celebrities straight from the site), or share any of the graphics provided on the site through any media you choose.

Think you have all the time in the world to register? Think again- in the 2008 election, 6 million Americans didn’t vote because they either missed the registration deadline, or didn’t know how.  That’s why National Voter Registration Day is employing thousands of organizations, volunteers, and social media outlets to get the word out about registration.  Because no matter who you are voting for, it’s so important that you do.  Exercise your right as an American to have a voice in your government. 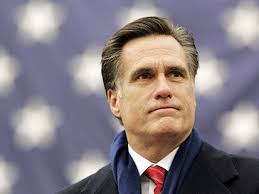 “During the Republican presidential primaries, there was no one more radical on the issue of immigration than Mitt Romney. He promised to veto the DREAM Act and encouraged undocumented immigrants to self-deport. Last week, he criticized President Obama’s historic immigration order as temporary, even though it would prevent the deportation of nearly a million young, patriotic immigrants who work hard and play by the rules. Today, in front of the nation’s Latino leaders, Romney offered more of the same, pledging to replace the President’s order with something more permanent. That something is likely to be in the mold of Arizona’s restrictive and inhumane immigration law, an approach Romney strongly supported. Mitt Romney may be a flip-flopper, but when it comes to immigration, his extreme position is crystal clear.”